Although Spectacular Won has a nice pedigree he wasn’t so successful on the track which meant he did not go on to enjoy a life of luxury in the breeding shed after his racing days were over in 2006. In late August 2006 Spectacular Won found himself in the position so many Thoroughbreds end up in, at a horse auction often frequented by kill buyers looking for horses to take to slaughter. Luckily for Spectacular Won a group of horse lovers contacted The Exceller Fund and Spectacular Won was purchased for $650.

Spectacular Won was adopted into a wonderful home in October 2006. However, as the economy struggled he was returned to The Exceller Fund.

He was is little stand-offish and tends to favor being left alone in the pasture to graze with his buddies to being doted on by people; but with time and patience he is beginning to blossomed into a the sweet horse we all know is hiding under the tough exterior. He has a nice long mane and tail which are beautiful, but do tend to gather burrs in the pasture and he stands patiently for them to be removed.

UPDATE AUG 2012: Spectacular Won has found himself a new home with a foster family in Lexington, KY and we could not be happier for him! 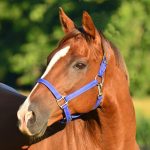 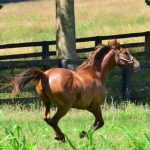 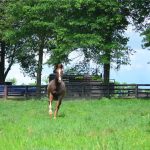 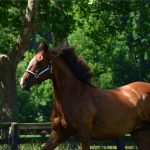 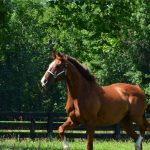 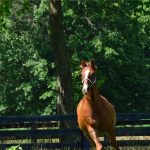 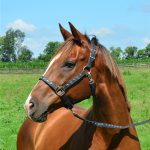 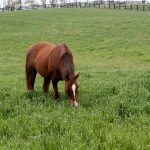 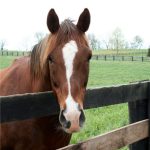 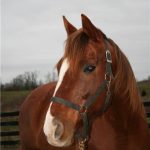 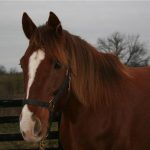 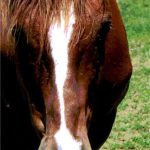 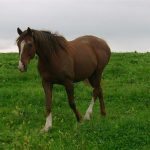 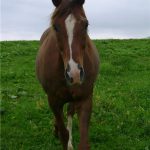 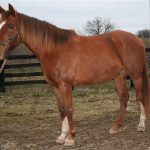 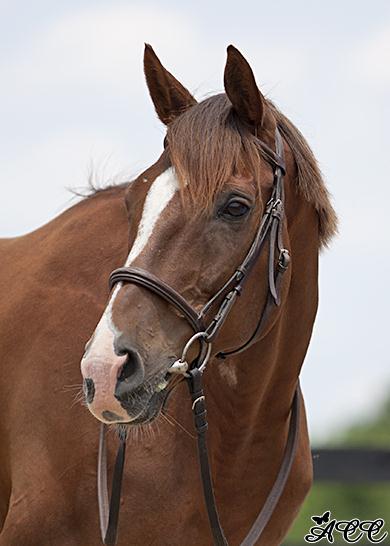