After a modest racing career, this pretty bay mare wound up with a dealer who offered her to The Exceller Fund rather than sending her to an auction where most off the track Thoroughbreds are purchased by kill buyers. We were able to arrange transport to Kentucky, where she is currently being fostered at a farm in Lexington. After some much needed time off, she is now being retrained under saddle and is showing great potential. Her vetting is completely clean and she has even been started over small crossrails.

She does require an advanced intermediate to advanced rider as she is still a bit green.

UPDATE: June 2010 – We are waiting on an evaluation from the vet as she has become sore with consistent work. We will post the results of her exam when available.

UPDATE: October 2010 – Flawless One had her hocks injected and initially responded well, however her lameness has returned. She will be permanently retired and sent to Bagdad, Kentucky to join the crew on turnout.

UPDATE: February 2012 – Flawless One and several of her buddies from KY have made the journey to their new home at TEF’s retirement facility Out2Pasture in MO. 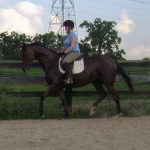 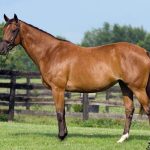 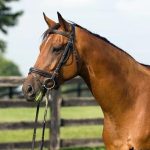 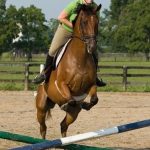 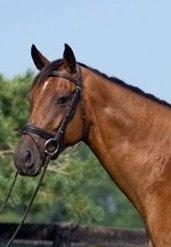